For 28 days in October, NASA's B200 King Air converged with numerous other planes, drones and high-tech craft to study a patch of sea 110 nautical miles off the coast of San Francisco. The armada used cutting edge technology to observe whirlpools, currents, and other aspects of the ocean's physics at the air-sea boundary.

This study was implemented as a part of NASA's Sub-Mesoscale Ocean Dynamics Experiment (S-MODE). S-MODE was created to better understand the underlying dynamics that drive the give-and-take of nutrients and energy between the ocean and the atmosphere. Understanding that will allow for a better understanding of how Earth's climate is shaped.

Stationed at NASA's Ames Research Center in Silicon Valley during the study, the B200 King Air completed over 80 hours of science flights evaluating the ocean currents and wind off the San Francisco coast. A particular feature studied was the phytoplankton-rich swirls known as eddies that spiral across the ocean surface in satellite imagery. 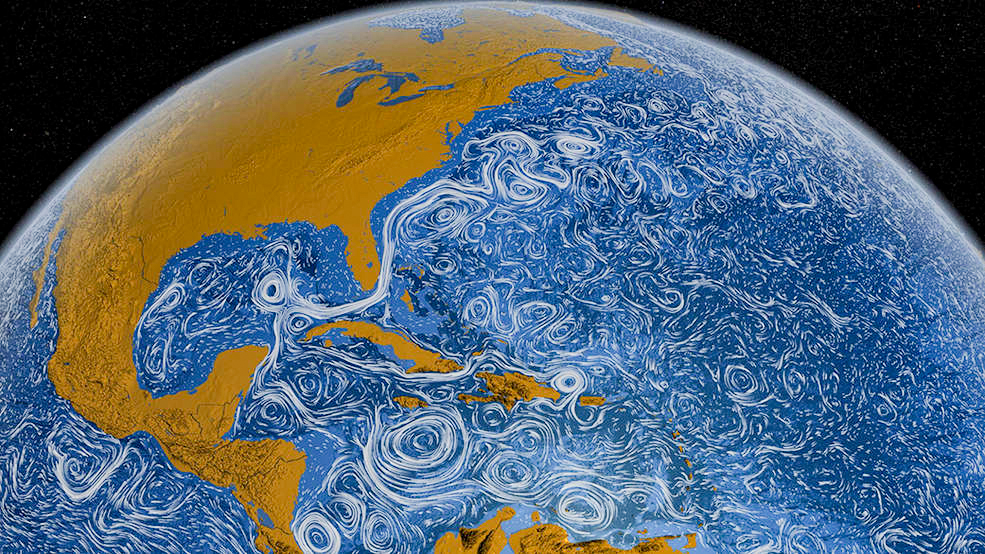 “Some of the coolest images of ocean sub-mesoscale eddies come from photographs taken on the Apollo spaceflight missions,” said Tom Farrar, a scientist at the Woods Hole Oceanographic Institution in Massachusetts and principal investigator for S-MODE.

In the past, these features were difficult to map with anything besides satellites due to spanning up to 6.2 miles and changing constantly. New technological instruments have now allowed them to be measured at sea.

One of those instruments is found in the belly of the King Air B200. Flying at 28,000 feet, DopplerScatt uses radar to bounce electromagnetic energy off wind-tossed ocean surface and measure the energy that scatters off. Despite the surface layer only making up about 2% of the ocean, it plays an outsize role in the climate system. At this boundary, nutrients, gases, and heat are traded in a process called vertical exchange.

NASA engineers Raquel Rodriguez Monje and Fabien Nicaise discuss the placement of the DopplerScatt on the NASA B200 before its final installation. Credit: NASA / Ken Ulbrich

"With S-MODE, we’re trying to observe two things at the same time: how the ocean moves, and how ocean and atmosphere communicate and affect each other,” said Nadya Vinogradova Shiffer, S-MODE program scientist and physical oceanography program manager at NASA’s Headquarters in Washington.

Interestingly enough, the team depends on state-of-the-art weather forecasting to be on constant lookout for rough and windy conditions. This is due to the fact that the radar can’t “read” a calm, flat sea, according to Dragana Perkovic-Martin, principal investigator for DopplerScatt at JPL. “A glossy sea surface produces very little radar signal. We need wind to disturb the surface and produce the signal we are after,” she added. “Being part of a mission of this scale can be exciting and nerve-wracking.”

The deployment was the second of three, with the final scheduled to launch next spring. The data from the study will be paired with information gained from NASA's Surface Water and Ocean Topography satellite which will be surveying nearly all of Earth's water in higher definition than ever before next year. 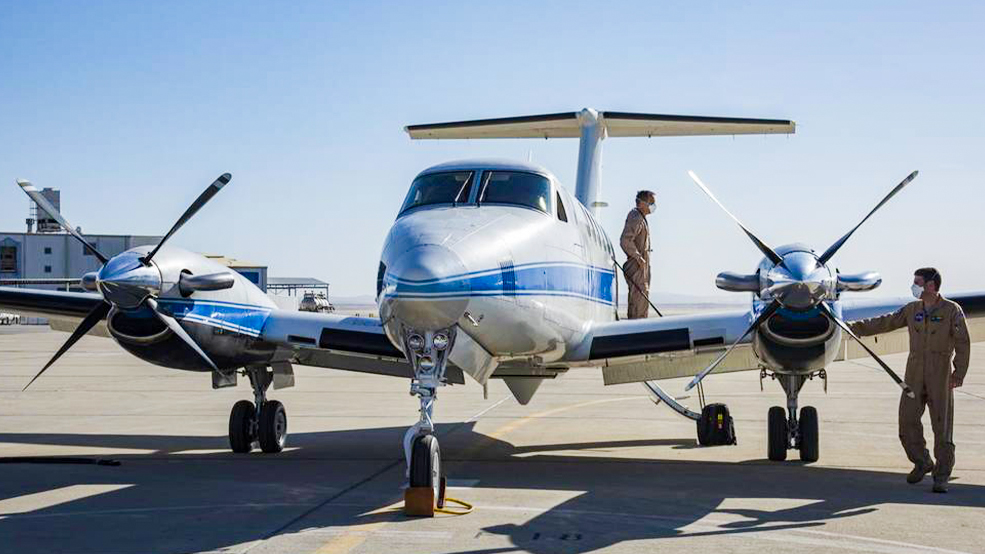 “The ocean is turbulent at all spatial scales, and there are a lot of insights that can be gained by having these measurements made together,” Farrar said. “NASA has had a big role in oceanography and is still pushing the boundaries of what we understand about the Earth.”

NASA has produced a video further explaining the King Air's B200 role in the study including showing the installation of the DopplerScatt radar instrument. Check it out below: