Recently, a King Air B200 was flying at FL200 and the crew encountered a loud, squealing noise in the lower floorboard area of their aircraft. The owner told the maintenance staff at the facility the aircraft is based at, that he thought the structure of the aircraft might be in jeopardy. After a thorough visual inspection of the air frame and systems, nothing obvious could be found. Finally, the maintenance staff disassembled the aircraft’s lower floor ducting, and an abnormal problem was discovered.

As your aircraft ages, it is inspected by various facilities, and in this process things can change without you or your inspectors knowing.

The problem that occurred with this aircraft happened with no unusual issues, other than strange noises. It was determined that the part causing the noise was the Engine Bleed Air Check Valve, which holds the primary function of guaranteeing pressurization in-flight during a single engine loss and is common to all King Air models. This valve is very rarely inspected or removed, due to the area of it’s installation. 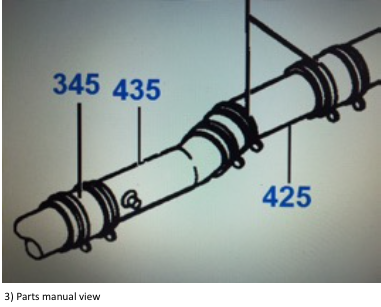 One of the flapper valves, shown in picture 1, was found in the valve exit area. The other missing flapper valve was a head scratcher, until numerous ducting pieces were removed. After investigation of the ducting, the missing piece was found! The notorious part went between 425 and 435, creating a high-pitch, reed sounding effect during engine bleed airflow over the part into the pressurization system.

The new part was installed (P/N 101-384173-17) was a modified version of the older manufactured model (P/N 1302-2). It incorporates a fixed butterfly, spring loaded door system that is not only redundant, but allows an almost bulletproof reassurance so that this problem will never happen again.